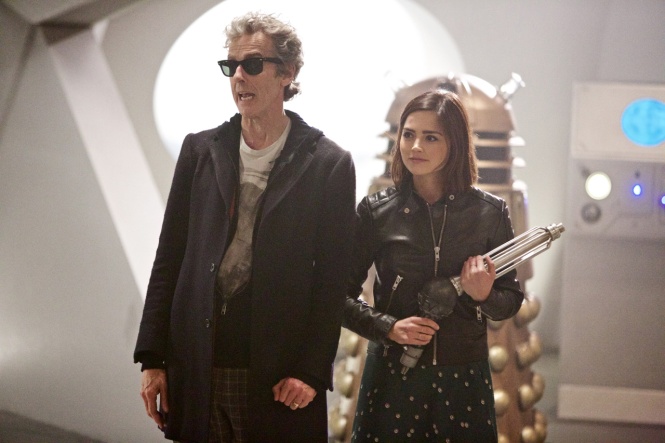 I’ve come to almost fear two-episode story arcs on television for the simple reason that the concluding episode is almost always disappointing. Having compared “The Magician’s Apprentice” to the Season 6 premiere “The Impossible Astronaut”, I don’t believe it’s a coincidence that the last time a concluding episode delivered relative to the first on Doctor Who, in my opinion was “The Impossible Astronaut”/”Day of the Moon,” the latter episode being every bit as engaging and satisfying as the first installment, if not even more so. While I wouldn’t go that far in describing “The Witch’s Familiar” (or “The Magician’s Apprentice,” for that matter), I was certainly pleasantly surprised by how no momentum was lost between the first two episodes of this season. Indeed, “Familiar” possessed several qualities and raised several questions that the previous episode did.