For me, “Home” is certainly the best early season episode since “The Lion and the Rose” from season 4, and arguably the best early season episode since the “Pilot.” Everything in this episode was as well executed as anything Game of Thrones ever provides the viewer, as usual. “Home” was a classic episode by every metric I can think of to evaluate the show.  END_OF_DOCUMENT_TOKEN_TO_BE_REPLACED 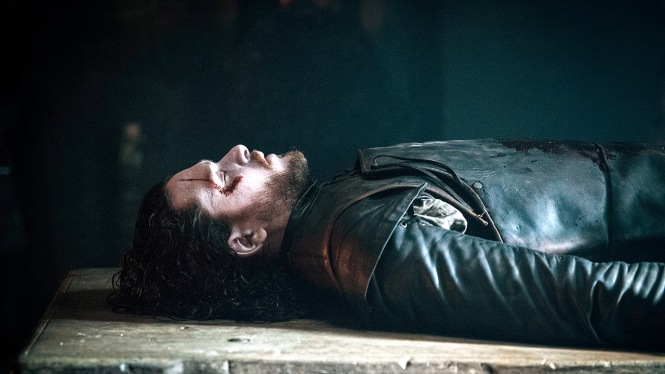 For the first time since HBO began airing Game of Thrones, those of us enthralled by and dedicated to A Song of Ice and Fire and aren’t plugged into the inner circles of George R.R. Martin, David Benioff, D.B. Weiss, or anyone else steering the ship of the franchise in either media are officially in uncharted territory. We’re all equal now; nobody knows exactly what’s going to happen. To be clear, the sense of security and/or authority any of us who knew the books ever felt about the course the television series was taking or how events would unfold therein had always been misguided, presumptuous, or spurious at best, and was demonstrated to be so increasingly over the time Game of Thrones has unfolded, but now it is ironclad. Regardless of how and to what extent the novels unfold it can no longer be argued (if it ever could) that the books are canonical in manner superior to the television series. In the present and immediate future, the television series is now driving the narrative in at least equal footing with the books. Whether or not Mr. Martin eventually completes the cycle, it is totally inconceivable that the books would overtake the television series at this point.  END_OF_DOCUMENT_TOKEN_TO_BE_REPLACED