The Purple Wedding did not disappoint. If I have a big complaint it would only be that the wedding sequence was so dominant in the episode that when I sat down to write this I had forgotten most of what happened in the run up. So, naturally, I’ll start from the back.

The wedding sequence was a masterpiece; expertly adapted from his own work by Martin himself, excellently staged, sharply edited, and funny in the right spots in a way that still kept the tension building. The first thing that came to mind for me upon viewing was how much this sequence resembled the wedding in the first Godfather and sure enough, Benioff and Weisz have said they drew inspiration from that sequence. Well done. 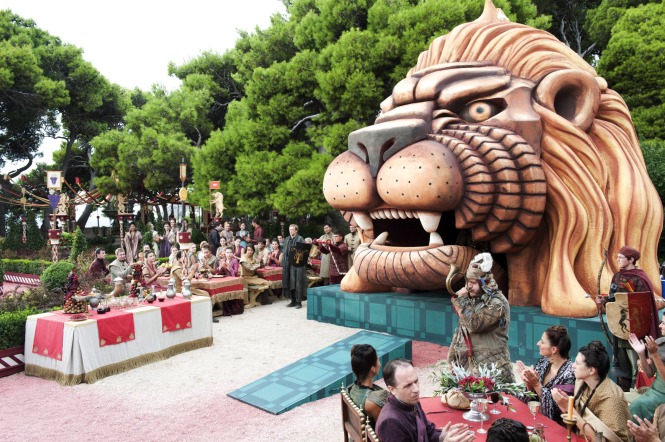 In terms of acting there was a lot of great work here. The Lannister-Martell exchange and Cersei’s cutting down of Pycelle were especially fun. Dinklage seems to bring out the best in Sophie Turner.  I think the series is getting their dynamic exactly right and they play off each other quite well.

The makeup for Jack Gleeson in his death scene was phenomenal. Even though I knew exactly what was happening by the time they cut to his face I was horrified because he just looked awful. I knew exactly what was happening and I was still legitimately disturbed by his mere appearance. Even having said all that, Joffrey’s death wasn’t nearly as gruesome as it was in the book! Joffrey is by any measure a despicable human being and you can be as creeped out or disgusted by the “twincest” as much as you want, but the moment where Jamie rushes to his side and instinctually calls him by his first name instead of his honorific was legitimately touching.

On that last note, I really like the decision to put Jamie and Bron together. Two of the best dry wits on the show (and Tyrian’s defacto best friends), playing off each other and sparring was really enjoyable. It’s a great example of a deviation from the book that doesn’t derail any longstanding story lines and actually adds to the texture of the television series.

The Dragonstone stuff was nice and eerie as usual (side note: I really love the R’hllor (lord of light) motif; it’s probably my favorite cue in the score) though, I’m not sure why we needed the Melisandre and Shireen scene, but it was fun to watch anyway. Carice Van Houten is fantastic as Melisandre. She’s a good character in the books but I think Van Houten adds even more layers to her. The way she talks, moves, and uses her hands are all so fluid and natural it makes her that much creepier and alluring. Great casting as usual. 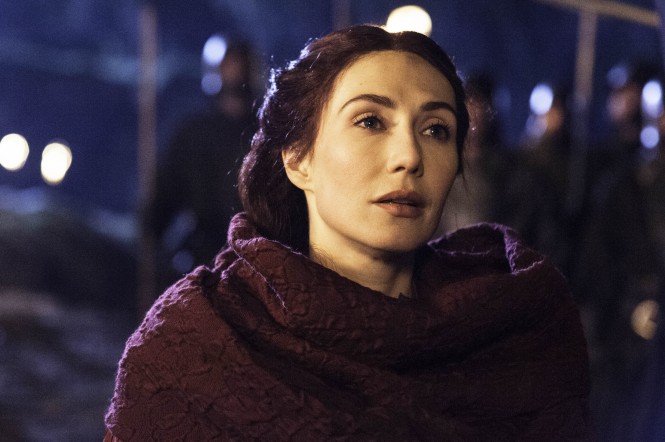 Overall, I thought it was a fairly uneven episode with a stunning last third. It’s not that anything was necessarily bad, just that the Purple Wedding overshadowed everything, as I mentioned before. I’m sitting here thinking and I can’t really remember if anything else happened in The Red Wedding episode either. This is a good problem to have, though. To be fair to the show, I probably have below average mental capacity for remembering things in terms of episodes, it’s just not how I think, I tend to remember specific sequences and bigger blocks of content, like seasons. All the same, television is usually so unmemorable for me that I don’t really remember anything at all. The fact that Game of Thrones is able to reproduce so many of the most unforgettable and well executed sequences from the book so closely and respectfully while still giving them their own life on screen is remarkable. This series remains totally unique and unfathomably consistent.