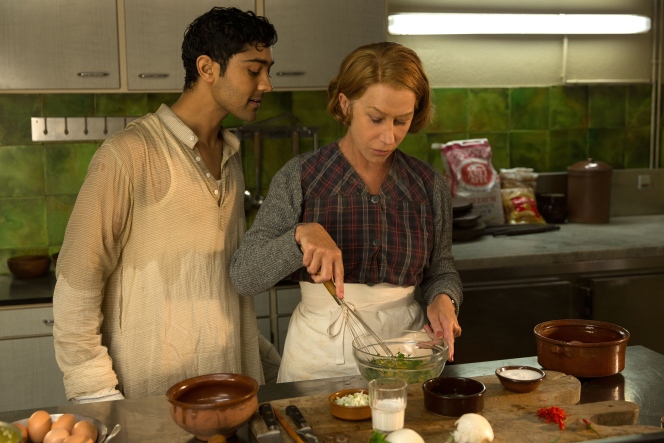 There is concept in film studies called “the Magic Negro.”  The magic negro is a character through which a white protagonist achieves their objective, narrative or otherwise.  Its a concept as old and enduring as the feature film itself.  Famous recent examples include The Green Mile, The Blind Side, The Help, Jerry Maguire, and every Whoopi Goldberg film.  Despite many fine performances and some quality cinema that has come out of this vein, the magic negro as a narrative device is problematic precisely because it essentially reduces black characters to mere narrative devices.  In other words, it has a dehumanizing effect.  Needless to say, I would be remiss for calling myself the Mixed American Film Buff if I didn’t keep an eye out for this, and frankly, its never too hard to spot.  Sadly, when you look closely, there are few roles written for black actors that don’t adhere to this trope.

So it was much to my chagrin that it occurred to me recently upon viewing the promos for the new Helen Mirren vehicle The Hundred-Foot Journey that there has been a recent popular and lucrative spat of Magic Indian films.  These include the aforementioned release, Life of Pi, Eat Pray Love, Million Dollar Arm, The Most Exotic Marigold Hotel and its upcoming sequel.

I admit that I am mostly unsure what accounts for this troubling trend, but I suspect its deeply imbedded in the long-held and popular view that exits in the West of India being a source for spiritual enlightenment and fulfillment for Western visitors (George Harrison, Steve Jobs), a trope that was mocked brilliantly in Season 4 of Arrested Development.

Surely another contributor is the phenomenal success of Slumdog Millionaire, which while doesn’t feature a magic Indian narrative line, did function as a magic vehicle for a handful of British filmmakers.

What’s ironic about this Magic Indian trend is that this is the preeminent film producing nation in the world being reduced in Western eyes to a vessel for enlightenment, not a vibrant culture capable and masterful at telling their own stories on their own terms, whatever one thinks of the quality of some of the films.  I’m not suggesting that India can’t be all this and more at the same time, nor am I suggesting that Bollywood represents the interests and aspirations of all citizens of the subcontinent. I’m merely pointing out that India does not exist strictly for western cameras. They’ve been filming themselves to tremendous effect for some time now.

I don’t know exactly why this recent trend is happening, but its noticeable and troubling all the same. Now, I like Helen Mirren and I love Indian food, but surely our Indian brothers and sisters have better stories to tell than teaching white people how to cook.  Or whatever actually happens in that film.

2 thoughts on “The Sudden Rise of the “Magic Indian””