I began the previous post by stating that “Home” was one the strongest early-season episodes Game of Thrones has aired and now I have to begin this post by stating that “Oathbreaker” was an even stronger episode in what is already shaping up to be perhaps the most impressive season of the series to date. Every segment of the story featured in this episode had some major moments here to say the least.

Something I’ve touched on looking at season 6 is how every episode seems to have a central unifying theme, especially as the narrative expands and characters move farther away from each other geographically. The central theme of a given episode tends to be the glue that holds each installment together and in a way justifies the inclusion or exclusion of certain storylines. Furthermore, the central theme is often indicated by the title, as I would argue it is with “Oathbreaker.” 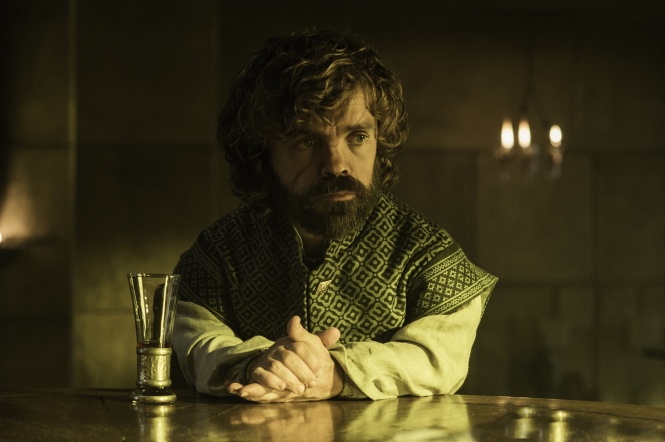 In the case of “Oathbreaker,” though viewers can certainly debate whether that title is meant to be applied to any particular character(s), I think it’s worth noting that every storyline in this episode features a major character who has somehow transgressed, broken trust (Theon, certainly), or is accused of doing so. Two such examples can be found in the sequences at the Wall that bookend this episode, beginning of course with the superbly written and executed opening scene at Castle Black.

As someone who was at one time somewhat sympathetic to but not in agreement with Kit Harington’s detractors who found him too pouty or “em0,” I think Mr. Harington has really matured as an actor just as Jon has matured as a character, especially over the last few seasons going back to the Ygritte storyline and continuing to the present. He does some great work in the opening scene where we see him react to the initial shock of what has happened and then gradually gains a more full and painful realization of the gravity, weight, and full implications of what he’s been subjected to on both sides of his murder and resurrection, most notably when he recounts his assassination and takes a beat before shaking his head and looking to Melisandre with anguish and saying “I shouldn’t be here.” It’s such a heartbreaking and profoundly tragic moment to consider what it must feel like to be betrayed in that manner, resurrected, and then have to confront and contemplate that betrayal going forward, almost like a Sisyphean curse.

Whether one is of the opinion that Jon’s death at the hands of his own officers frees him from his vows, it’s certainly beyond doubt that his assassins violated their own vows to the Watch. Furthermore, one can hardly blame Jon for turning his back on the institution after executing the traitors (which I, for one, think is effectively defunct anyway after such an event). It speaks to Jon’s character and “Starkness” that he stuck around until seeing the execution through, which was beautifully shot and orchestrated as always.

Part of why I love the Northern material on this show so much is that having grown up in New England, I think its remarkable how well the DPs of Thrones are able to capture and exhibit the essence of what its like to live and be in the cold winter. Castle Black looks so amazingly cold and snowy that it never for a second feels fake or manufactured. 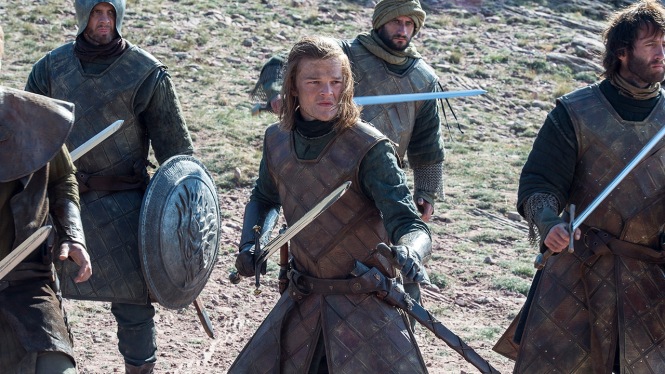 Staying in the cold North (sort of), the highlight of this episode for me was unquestionably the Tower of Joy sequence. Not only was the fight therein my favorite sword fight of the series (which is saying a lot, because there have been more than a few and LOVE sword fights), but the emotional content of the sequence for Bran was really captivating. If this sequence is an indication of what’s to come with the Three Eyed Raven material then I’m very excited to see what else we get going forward.

I regret that I neglected to mention in the previous post that not only is it a tremendous coup for the series to have enlisted the services of an actor whose face could easily be etched onto the Mt. Rushmore of leading men of world cinema in Max von Sydow, but to be able to cast him in a role he’s absolutely perfect for is an added bonus to say the least.

Although at times I felt like I was watching a misguided medieval Karate Kid sequel, the first section of the Arya block was about as well done and useful a training montage can be.  Overall, though, I’d have to say that if there’s a weak spot this season it’s that the Arya storyline is basically jogging in place as far as character and story progression. I can’t even say that it’s “going in circles” because there’s no perceptible lateral movement either because we’re basically watching the same thing repeat itself with some slight variations. The material is great to watch, because its Arya, but I’m wondering where her story is going at this point, especially in relation to the larger narrative. It’s not that her story isn’t interesting on its own, but there’s so little connective tissue between her storyline and everything else going on, especially because she’s not vying for the Iron Throne.

I find it interesting that two of the major storylines feature humbled Queens in Cersei and Dany who find themselves in compromised situations. At the end of last season they were both of them exposed politically as well literally physically exposed and subjected to the mercy of a mob (two mobs in Dany’s case: the Sons of the Harpy and then the Dothraki). As I touched on last year, there’s an ongoing motif and discussion of Cersei’s finery as a facade or armor, which the High Sparrow brutally tore down by forcing her to undergo her “walk of atonement.” This forced removal of clothing was mirrored/repeated with Dany after she was delivered to the Dosh Khaleen.

This motif of stripping away facades also extends to the stripping or disregarding of titles in both Dany and Cersei’s cases. Dany’s Dothraki captors including Khal Moro and the elder Dosh Khaleen have repeatedly mocked Dany’s titles throughout her time with them so far this season. Similarly, Lady Olenna rejects Cersei’s attempt to invoke the title of Queen at the Small Council meeting, rejecting even her status as such. 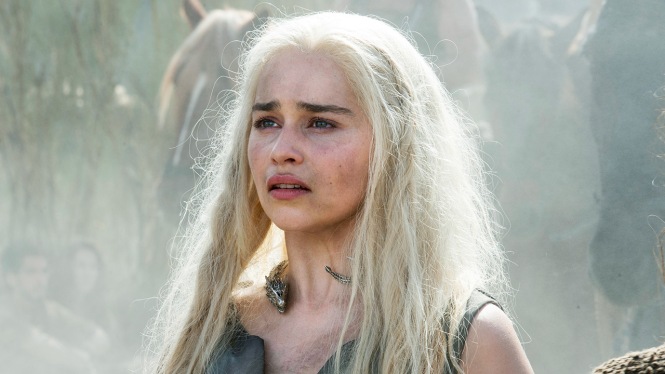 The High Sparrow is even so bold as to refer to Cersei by her first name in his scene with Tommen, whose reaction to that was one of the highlights of the episode for me, as was that scene as a whole. The High Sparrow material has been exceptional, particularly the writing and the performance from Jonathan Pryce, who adds so much depth to a fascinating character. I’m not really into the weekly Game of Thrones scorecards that the internet is littered with, but by my soft count The High Sparrow has a pretty extensive winning streak going that stretches back to last season. One could go so far as to argue that he’s outdoing Baelish as the most nimble political operator of the series.