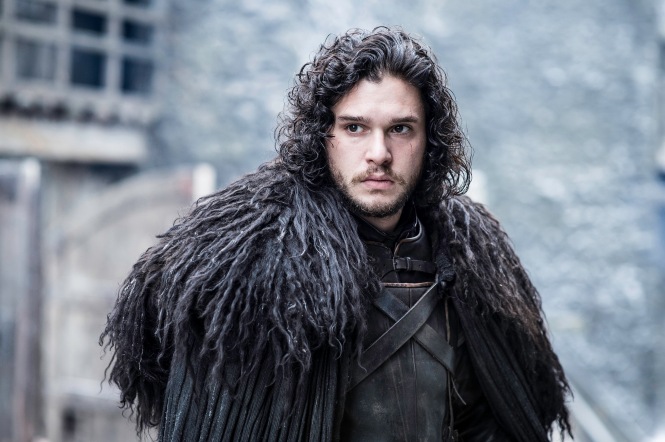 Reek-it rhymes with week, which is about how long it took me to finish this episode because my six-month old puppy Fredo reacted and responded in kind and unceasingly to the dogs barking in the Winterfell kennel scene where Sansa is “reintroduced” to Theon/Reek. But when I could actually hear the soundtrack over little Fredo’s incessant barking, I really enjoyed this episode, especially the Winterfell content. I think Iwan Rheon gets Ramsay just right in the way that he’s threatening, odd, off-putting, and totally unhinged without being over the top and cartoonish. He goes right up to the line and stops exactly where he needs to.

The dynamic between Roose and Ramsay on Game of Thrones is great. The way that Roose is so even-keeled and controlled in his excessive cruelty is an excellent contrast to Ramsay’s indulgent and almost childish form of sadism. The way that Roose nearly rolls his eyes through Ramsay’s games with a chilling patience and basically tolerates his exploits is spot on. It’s as if Ramsay has inherited Roose’s penchant for cruelty and none of his temperament or intellect. I also love the look on Sansa’s face after Roose tells Ramsay that Walda is pregnant and she realizes that Ramsay’s not in control. It was a confirmation for her that she’s more than capable of outsmarting him. 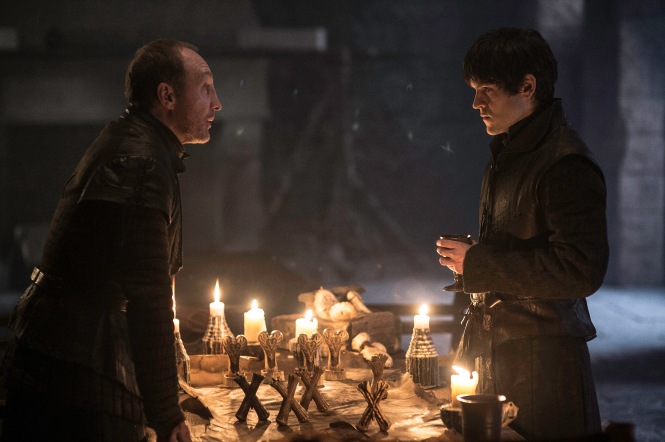 I love how moody this episode was. For a series with so many storylines and characters to juggle, Game of Thrones is really unafraid to take its time with whatever it needs to, both within individual episodes and over the course of the larger narrative. Another aspect of that same quality is being unafraid to let certain characters take a backseat in order to focus on others, something Mad Men has also proven to be especially deft at throughout its run. It’s an approach that also allows a series to explore themes within episodes and organize episodes accordingly as opposed to just airing a series of events intended to keep ratings up. 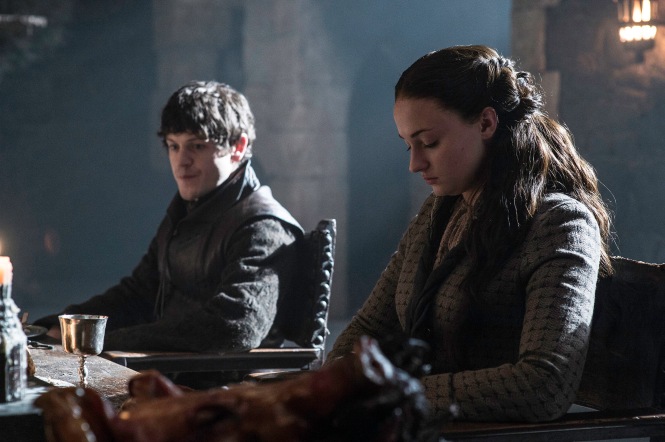 Isolation and displacement are both major themes of the series as a whole but they were especially in play in this episode. Banishment and exile, self imposed and otherwise (though usually otherwise) are a huge part of Ice and Fire, and all the characters featured in this episode are dealing with these in one way or another. I realize that Sansa is in the actual edifice she grew up in, but I’m confident in saying that Winterfell under the control of the murderer’s of her mother and brother and the Winterfell of her childhood are two different things entirely. In the case of both Sansa and her brother Jon, displacement and exile (self-imposed in Jon’s case) play a crucial, even determinate role in their development. Maester Aemon telling Jon to “kill the boy” sums this up quite well. 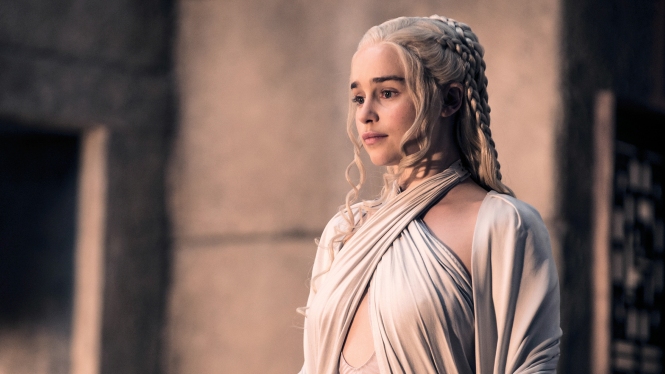 Exile is arguably an even bigger factor for Dany. One could even argue that her entire identity is a product of her exile from her home (and her “title,” “name,” “inheritance,” and all that other feudal/royalist garbage nobody in this ‘verse (or ours, for that matter) can seem to extricate themselves from). Indeed, I think that a huge part of her struggle in her Meereen experiment is the inevitable friction that happens when an outsider attempts to change an entrenched culture by imposing their set of norms and values on the land they’re occupying. Her “values,” for lack of a better term, stem from Westeros but were obviously developed in her across the Narrow Sea and therefore don’t exactly fit in either setting. This is why what’s interesting about the Meereen experiment is that if Dany were to ever actually reach and conquer Westeros, her rule there would engender a similar, almost mirror image of the same kind of imposition of “muddled” values given that she considers Westeros her home but grew up in another place where things are done quite differently in many ways. 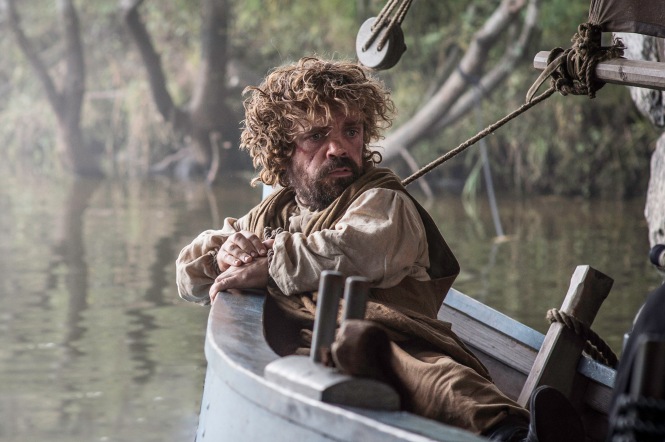 Of all the exiles in “Kill the Boy,” the show-stealers for me were Tyrion and Jorah Mormont. The moments proceeding the stone men attack where Tyrion and Mormont sail through the Valyrian ruins was absolutely exquisite, and I daresay the most Tolkeinesque Game of Thrones has been to this point, but done so in a cynical and caustic way that’s such a signature of this series. The romance of their words coming from the mouths of the jilted and broken men they are in the tone they did were the perfect audio accompaniment to the images of the decrepit ruins of former majesty surrounding them. It was almost as if they were looking at all of history at once, with the dragon in flight providing the perfect symbol for the scene, providing a link between the past, present, and perhaps future, both symbolically and in its very physical existence. It was one of the finest scenes of the series so far, done so with a grace and tragic beauty that Game of Thrones has proven to be so masterful at achieving time and time again.