As I attempt to suppress the dread I feel at the prospect of Grey Worm suffering a fatal wound at the hand of those repugnant and cowardly slavers, I’ll do my best to record a few more thoughts on what I thought was a really solid episode. Of all the great material this week, the highlight has to be that gorgeously moving scene between Stannis and his daughter Shireen. It’s the clearest glimpse we’ve had of the human side of one of the most austere and least compassionate figures in the series. This scene did a lot to highlight why I think Stephen Dillane was such a perfect choice to play Stannis in the first place because he’s got this underlying warmth under all the coldness he exudes. It was a great humanizing moment for his character and an exceptionally well-played scene.

The Stannis and Shireen scene draws a parallel to the scene in which Barristan recounts to Dany Rheagar’s penchant for singing in public. Both scenes reveal a “softer” side of two men who’s reputations and most of their actions have fed into the perceptions of them that is quite the opposite. They both provide a contrast to the sequence featuring Tommen, a royal who’s softness is well known and thoroughly confirmed, trying to be iron-fisted to please Margaery. A lot of the Tommen stuff in this episode was a bit perfunctory, however, and not nearly as interesting as the montage of The Sparrows imposing their zealotry on the residents of King’s Landing and branding each other’s foreheads. I love the way religion is treated in A Song of Ice and Fire and so far the show has done a good job of adapting something that Martin does an excellent job of in the books, which is showing the way oppressed people(s) can sometimes gravitate towards religion and religiosity during times of strife and political turmoil, and how certain individuals and institutions can use religion and religious authority to justify thuggery and demagoguery. 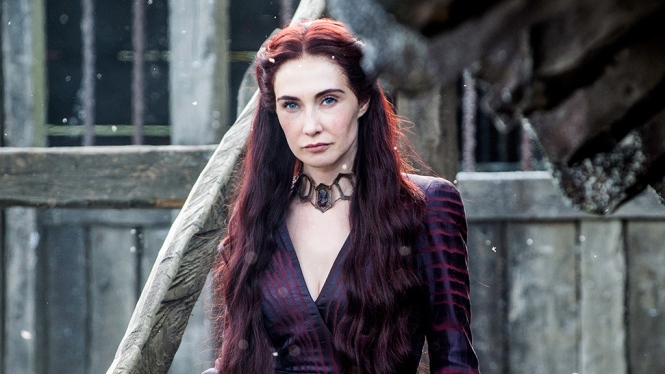 The material at the Wall in addition to the aforementioned Stannis and Shireen scene was also excellent, as I’ve come to expect. I remarked after the premiere how well I thought Carice van Houten and Kit Harrington worked together and that sentiment was ratified for me tenfold this week. Van Houten’s ability to be both alluring and creepy in the exact same moment is truly astounding and it’s exactly why she was the right choice to play Melisandre. My favorite Melisandre scenes from the books are the ones with and her and Jon, so I was really looking forward to seeing the adaptations and I’m happy to say they’ve exceeded my expectations. I think it also has to be mentioned that Kit Harington has done some of his best work to date on Game of Thrones in these last few episodes. This episode featured the latest in a line of difficult refusals by Jon, following his declination of Stannis’ offer to make him Warden of the North, and the pain and turmoil is all over his face and in his eyes on both occasions. Harington has a lot of great material to chew on this season and he’s making the most of it.

There was also a lot of great stuff from some of the other inspired duos of the series this week. Jaime and Bron were as fun as always, Tyrion singing (or moaning, perhaps more accurately) to Jorah was one of the funniest bits of the season so far, and the almost uncomfortably intense and sexually charged scene between Sansa and Little Finger in the crypt at Winterfell was one of the highlights of this installment. In regards to Sansa and Little Finger, I’m quite interested to see where their story (or stories) go, considering the fact that it’s going to be original material. I was far from quiet last year about my increased admiration for Sophie Turner, and I’m looking forward to seeing her hopefully flex even more in the upcoming episodes. 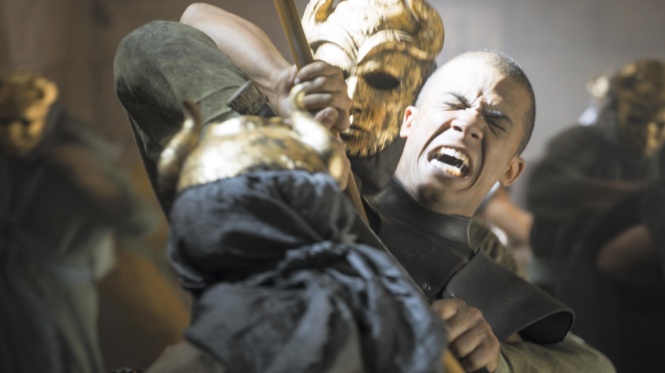 Something about Game of Thrones that’s under-examined in my opinion is how the simple act of walking down a city street in broad daylight is one of the most hazardous activities one can undertake in the universe of the series. On that note, I have to raise the question of why someone as important as Grey Worm was on what looked to be a routine patrol in the first place? I do have to admit that I saw this one coming ever since I suffered a doubly-traumatic moment during the premiere when that anonymous Unsullied removed his helmet before entering the brothel to meet his death at the hands of The Sons; I thought/feared for more than a second that they had both recast Grey Worm without notification and killed him off in the process. Though I hold out little hope (and even less for Selmy, who will be sorely missed), I do sincerely hope that Grey Worm somehow survived that cowardly (though well executed on the part of the show-makers) ambush, because I would very much like to see him kill a lot more slavers in the future.